I needed 12V for both the FPV camera and LED lights switched by the RCCC V2: 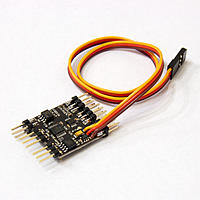 The FPV camera uses around 150mA, and the LEDs use around 400mA. So I decided on 2X Pololu 12V, 600mA Step-Down Voltage Regulators (D24V6F12). These are perfect in terms of power handling and physical size. They’re tiny at only .5g each! 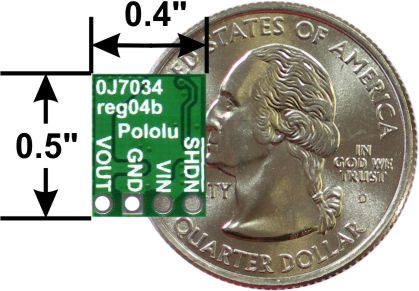 So I decided to build a single part with both regulators. I discovered that the RCCC V2 switches the LED on the (+) side rather then (-) side, which was different than I originally soldered it, so it took me a couple of re-works. It’s not quite as neat as I hoped, but it works great! Here’s the schematic and pics of the final part: